Find out about the history of Elgin Museum, founded by the Elgin and Morayshire Scientific Association in the 19th Century.

Information about the Museum’s Collections, including the fossil collection, Recognised as a nationally significant collection, as well as geology, archaeology, ethnographic, art and local history collections.

Details on past and current research work, and how to contact the Museum for your own research.

Elgin Museum strives to be accessible to all visitors – read more about how this is achieved.

The Museum is housed in a beautiful A-Listed building in the heart of Elgin, and makes a stunning venue for weddings and other special events. Find out more about how you can hire the Museum as the location for your event.

Elgin Museum opened in 1843, and is Scotland’s oldest independent museum.

On an October evening in 1836, a group of Elgin men, including  Rear-Admiral Duff, banker John Lawson, Town Clerk Patrick Duff, and bookseller Isaac Forsyth, met to discuss an exciting new project: “Instituting in Elgin a Museum for the collection and preservation of objects of Science and Virtue”.

The Elgin and Morayshire Scientific Association, a forerunner of The Moray Society, was thus formed. Isaac Forsyth, the deaf secretary, went ahead and bought a plot of land at the east end of Elgin. The design of the young architect, Thomas Mackenzie was chosen for the, now Category A listed, building. His detailed notes survive, explaining the reasons for his choice of the Italianate style, and for the interior arrangements to maximise space and light for the objects’ display. When the building was finished in 1842, it was not completely paid off and the all male Society turned to the ladies of Elgin who ran a very successful bazaar, which raised enough money to finalise ownership. 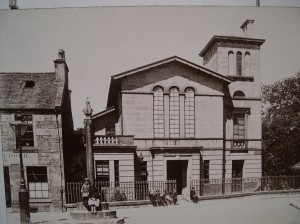 The Association needed a museum curator, then a voluntary position, and a keeper. The first curator, John Martin, was art master at Anderson’s Institute. The first keeper was William Ingram, who, though poorly paid, was allowed two rooms in the tower, where his model can be seen. A stickler for propriety, he made his mark on the great geologist, Thomas Huxley, insisting “A’ll let you in, bit it will cost ye saxpance”.

In 1896, the Museum was becoming seriously overcrowded, and an extension was built to the rear, and in 1921, the Hall, donated by the Pennycuick sisters, was added. More recent refurbishments include a complete overhaul between 1988 and 1990, and the redesign of the Main Gallery with Heritage Lottery Funding, in 2003.

Elgin Museum remains independent, and is owned and managed by The Moray Society. Day to day management is in the hands of Elgin Museum Management Committee. As throughout the history of the Museum, we are dependent on the goodwill, financial support and practical help of a wide range of patrons, sponsors, members, volunteers and friends. The Museum aims to continue to provide not only a repository for Moray’s past, but a constantly improving service for all.

As an Accredited museum, Elgin has a clear collections policy. We are interested in considering for donation any objects that relate to the story of Moray.